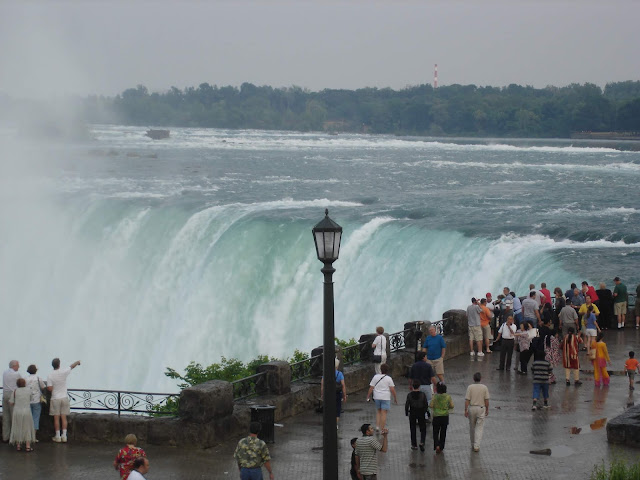 Niagara Falls is a geological wonder and one of the most famous waterfalls in the world. Straddling the border between the United States and Canada, it has been a popular tourist attraction for over 200 years, as well as a major source of hydroelectric power. Overall 13 million tourists arrive in Niagara Falls each year. You can experiences a Mist Boat Tour in Niagara Falls State Park and also don’t miss Niagara Parks Botanical Gardens & Butterfly Conservatory.
The best time to visit Niagara Falls is June to August. While summer is consider as a peak season. Based on this plan of the day, you should be spending anywhere between 8 to 10 hours at Niagara Falls and surrounding area. there is plenty of thing near to Niagara Falls. @Travel All Around The World 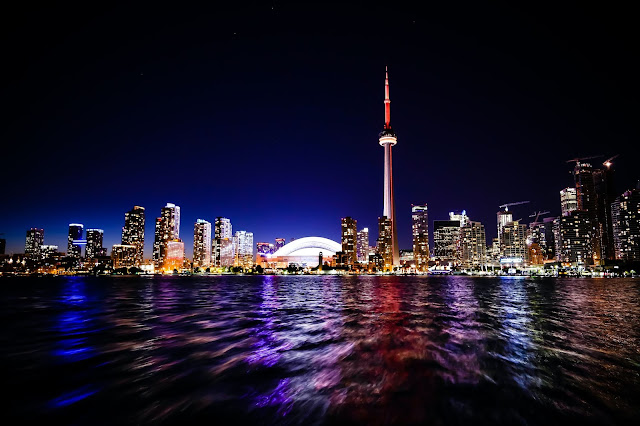 The CN Tower is Canada’s most recognizable and celebrated icon. The CN Tower is a 553.3 m-high concrete communications and observation tower located in Downtown Toronto, Ontario, Canada.  Built on the former Railway Lands, it was completed in 1976. Its name “CN” originally referred to Canadian National, the railway company that built the tower. The CN Tower is an internationally renowned architectural triumph, an engineering Wonder of the Modern World, world-class entertainment.
The best time to visit the CN Tower without crowds is either early in the morning, from 9 to 11am, or in the evening, after 5pm. 1 to 2 hours of time to Spend, may be quite long during peak season, depending upon the line in-front of elevator. @Travel All Around The World

Banff National Park is Canada’s oldest national park and was established in 1885. Located in Alberta’s Rocky Mountains, 110–180 kilometres west of Calgary, Banff encompasses 6,641 square kilometres of mountainous terrain, with many glaciers and ice fields, dense coniferous forest, and alpine landscapes. Banff National Park is famous for its surreally coloured lakes, majestic mountains and endless outdoor adventures. The skiers, in any case, will need to travel in the stature of winter.
The best times to visit Banff are June to August and December to March. Nature sweethearts will need to get to the recreation centre when the climate is warm.You need to spend 5 days, to explore the real Banff : like hiking and canoeing in summer & Skiing and Snowboarding in winter. If you don’t have that much of time then at least try two days to spend in Banff National park. @Travel All Around The World 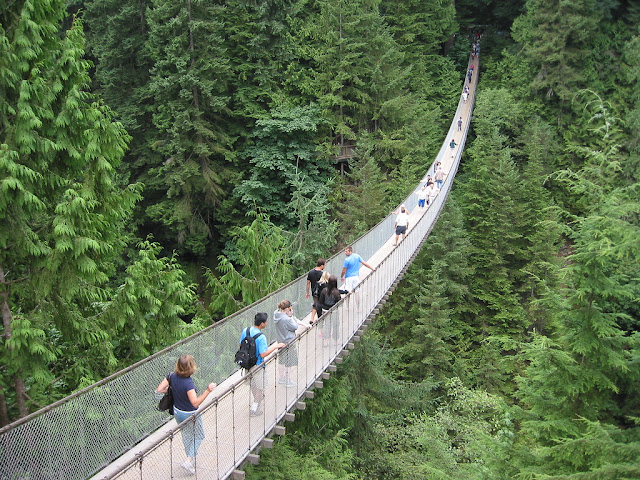 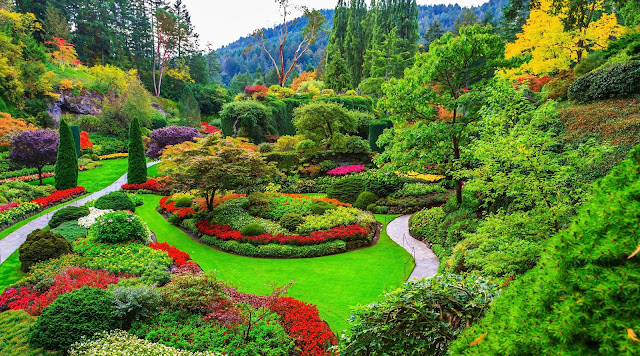 The Butchart Gardens is a group of floral display gardens in Brentwood Bay, British Columbia, Canada, located near Victoria on Vancouver Island. The gardens receive over a million visitors each year. The gardens have been designated a National Historic Site of Canada. There is a caraousel for the kids but I think its always worth going.
The best time and Peak season is July and August when the paths can be full of crowed between 11am and 3pm. I recommend to go is early morning or late afternoon. I would suggest at least 4 hours to visit the Butchart Gardens this will give you enough time to enjoy everything Butchart Gardens has. @Travel All Around The World 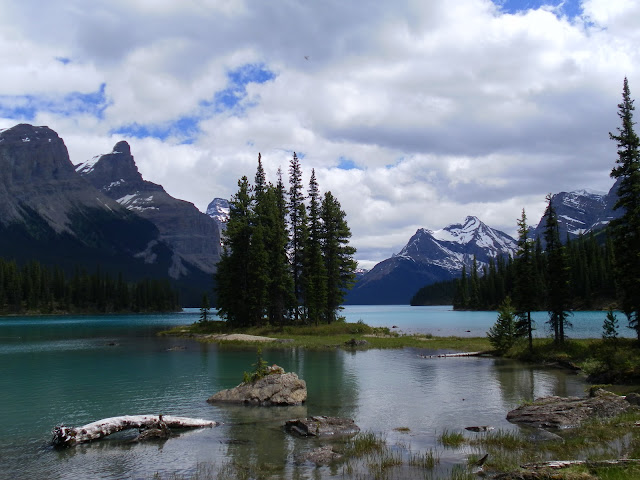 The largest national park in the Canadian Rockies, Jasper is wild in every sense of the word. Jasper National Park through the most stunning sites of the park and discover some of the most spectacular scenery in the Canadian Rockies. Walk along the towering limestone walls of Maligne Canyon, go on a cruise on the Maligne Lake, and learn about the disappearing Medicine Lake. Its landscape covers an expansive region of rugged back country trails and mountainous terrain juxtaposed against fragile protected ecosystems as well as the world-renowned Columbia Icefield.
The best times to visit Jasper National Park are March through May and September through November. Generally 3 days to 4 days in Jasper National Park is a good start to see all the famous sights and experience the best hikes in the Canadian Rockies. @Travel All Around The World 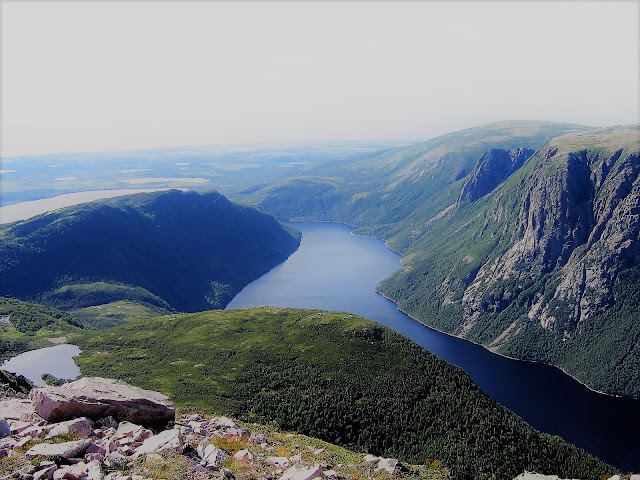 Gros Morne National Park lies on the west coast of the island of Newfoundland, in eastern Canada. Gros Morne National Park was designated a United Nations World Heritage Site because of its glacial and geologic history. Shaped by colliding continents and grinding glaciers, spectacular scenery at Gros Morne which includes sharp ridges and huge cliffs, coastal bogs, ocean inlets, lakes and explore the park’s dense forests for rare plant, animal, and bird species. Perfect place for all kinds of outdoor activities, particularly hiking.
The best time is between late May to October. Whales can be spotted between July and August as well as some icebergs.You can spend time between 1-5 days there and still have lots to see and do. @Travel All Around The World 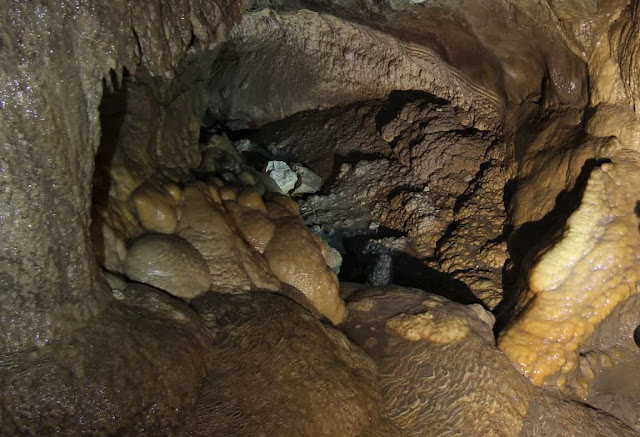 Rat’s Nest Cave is situated on the south-facing slope of Grotto Mountain. It is known for its mountain views and spectacular scenery and our tours definitely demonstrate that, but what we do differently is allow people to experience the mountains from the inside. Rat’s Nest Cave is one of the longest caves in Canada at over 4km long. Children aged 10 and up are only allowed to tour the caves. Caving in Canmore-in the Rat’s Nest Cave is a thrilling experience. Look forward to rappelling in the dark, tight squeezes & underground beauty.
The cave is a constant 5 degrees Celsius, a comfortable temperature any time of the year. It will take 1.5 to 2.5 hour round trip, depending upon your fitness level. @Travel All Around The World

The Lake Louise is a hamlet in Banff National Park in the Canadian Rockies, known for its turquoise lakes, the Victoria Glacier, soaring mountain backdrop, palatial hotel, and incredible hiking and skiing. Surrounded by a lifetime’s worth of jaw-dropping sights and adventures, Lake Louise is a rare place that must be experienced to be believed.
The best time to visit between late June and early to mid-September. Take a day to visit this place and enjoy the beauty of the nature. @Travel All Around The World 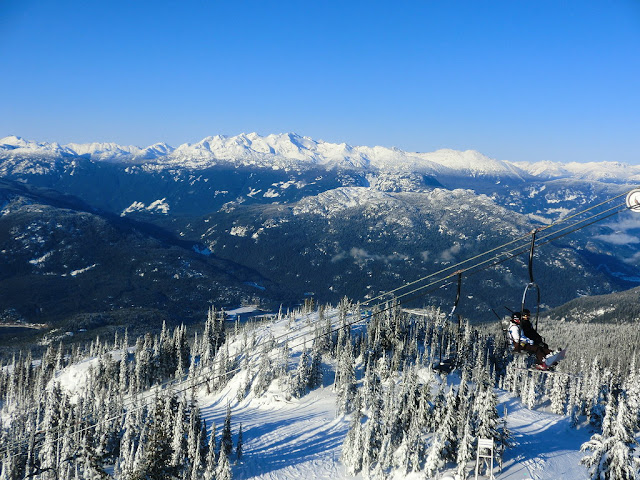 Whistler is a town north of Vancouver, British Columbia. Whistler is known for its skiing and snowboarding in the winter and mountain biking and hiking in the summer. There are also many other activities such as golfing, fishing and trail running. Some of the thing that you don’t want to miss are: Whistler Blackcomb, Peak 2 Peak gondola, Whistler Mountain Bike Park, Scandinave Spa Whistler, Whistler Sliding Centre, Ziplining, lost lake, and Audain Art Museum.
The best times to visit Whistler are from June through August and between December and March. Since there is lots of thing to do, so Five days in Whistler might be good time to explore. @Travel All Around The World

PLACES TO VISIT GUATEMALA- 2021 AFTER LOCKDOWN