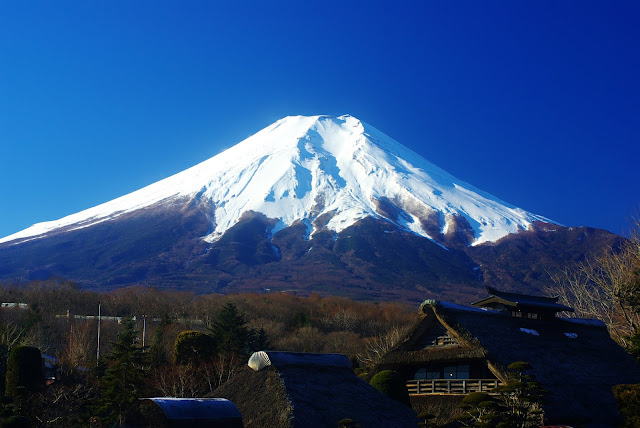 Mount Fuji is the most beautiful and iconic place of Japan. Mount Fuji is also known as “Fuji-San” in Japanese, it is the tallest mountain in Japan, remaining at 3,776 meters and most delightful mountain. It is the most popular place among the backpacker, over millions of tourists visited each year. On an average 4000 climber per day, which make it more popular volcanic mountain in the world. You can do hiking, climbing, higher bike, visit the glorious lake and many more.
The best months to see Mount Fuji would be somewhere between October and February, with December and January being the highest in terms of visibility. It takes the average person between 5 and 7 hours to climb Mount Fuji and takes another three to five hours to descend. @Travel All Around The World 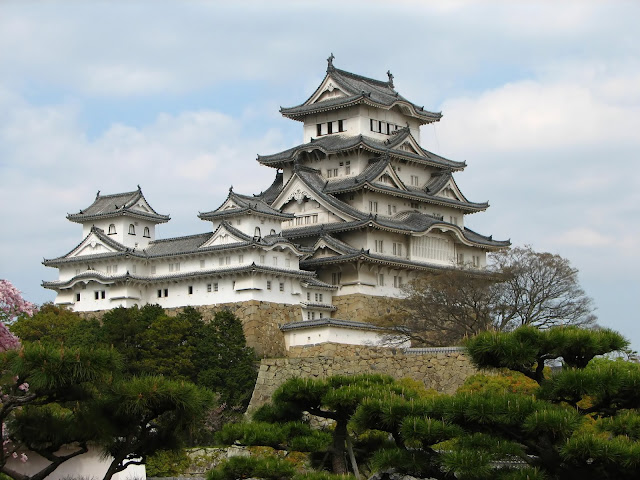 The Osaka Castle is a Japanese palace in Chūō-ku, Osaka, Japan. It is an iconic place of japan and extremely beautiful to visit this place. This castle was built by Toyotomi Hideyoshi in 1583. Situated in a glorious park with beautiful 4,000 cherry trees and fountain. The castle is one of Japan’s most popular tourist spots and interesting to visit. You can visit the Osaka museum, which is also a quite interesting place.
The opening hours are from 9 am till 5 pm. The recommended time is an early morning. It is not crowded until 9:00 when the castle tower opens. The best time to visit in early April. It should take you around one and a half hours to explore. @Travel All Around The World 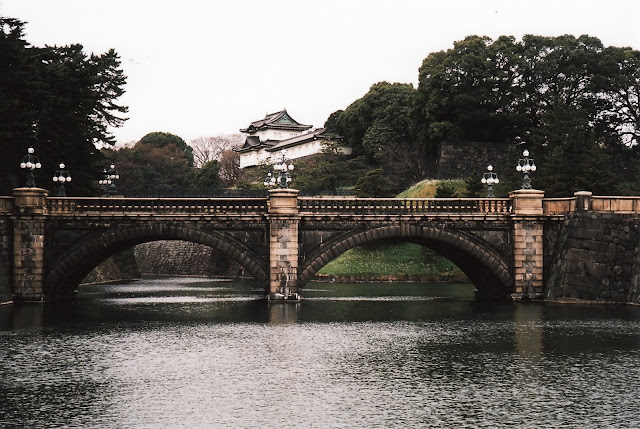 The Imperial Palace is the residence of the Emperor of Japan. Now a day’s the Royal Family of Japan lives in the Imperial Palace. Tokyo Imperial Palace tours require registration, but only 500 tourists are accepted each day. If you are lucky to make it you will get a chance to visit inside the Imperial Palace. Else, it is not possible to visit inside the palace, but you can visit National Museum of Modern Art which is quite interesting. The palace includes a large garden area with beautiful cherry trees, famous bridge of palace and a lovely moat, which is enough to attract tourist to visit the palace.
The best time to visit the palace from December and January. The opening timing starts from 9am to 4pm, with hours extended until 4:30pm, last entry is half an hour before closing. It should take you around one hour’s duration to visit. @Travel All Around The World 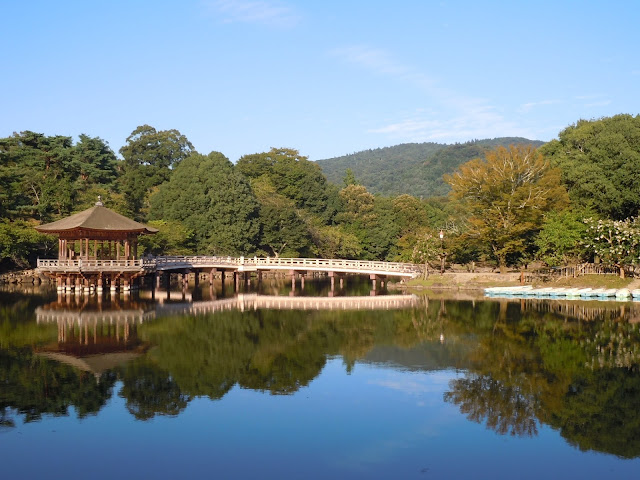 The Nara park is a public park, which is famous for deers and the world-famous wooden temple. There are around 1,200 deer lives free. This park covers around 660 hectares. The wooden temple in the park is the world largest wooden temple till now. Inside the temple you can find a 15-meter tall gold and bronze sculpture of Buddha. The Nara National Museum, which is located inside the park is interesting to visit.
The best times to visit Nara park are October-November or March to May. While six or eight hours is ideal for a day trip. @Travel All Around The World 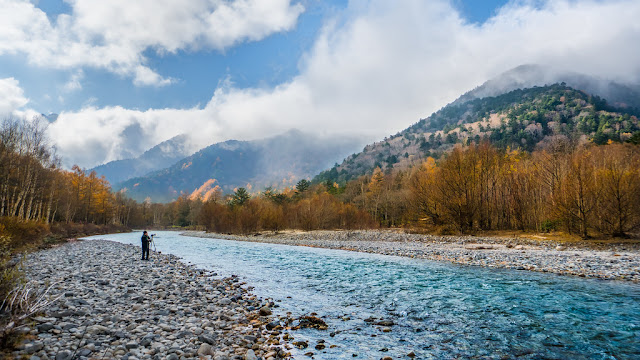 The Chubu Sangaku National Park is the Japaneses alps located in the Chūbu region of Japan. Popular destinations in the park include Kamikochi, well known for its lovely mountain landscape. It is one of Japan’s leading ski resorts also. It is the favourite spot to have a perfect photo shoot. Almost a million of backpacker love to travel here for hiking and trekking.
The best time to visit this Japanese Alps from May to end of October. The national park is awesome in mid of October when the Autumn leaves turns into bright red. You need a day or more to explore, depending on your interest in nature. @Travel All Around The World 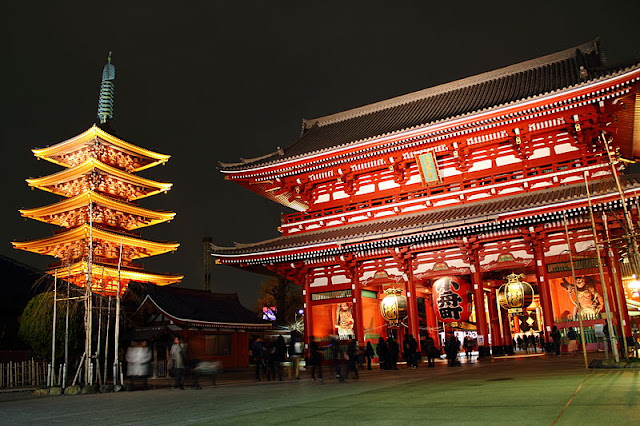 The Sensoji Temple is one of the oldest temples of Japan around 1,400 years old. It is an ancient Buddhist temple located in Asakusa, Tokyo. Shopping in the famous Nakamise street is the one of the biggest street markets of Tokyo. Some of people believe that visiting the Sensoji Temple and worship in the temple will help in happiness and peace in life. It is fantastically famous with a large number of individuals visiting each year.
The best time to visit the temple from October to March. Opening timing is from 6:00 to 17:00. About 1 to 1.5 hours should be enough time, but it may be more interesting after dark. @Travel All Around The World 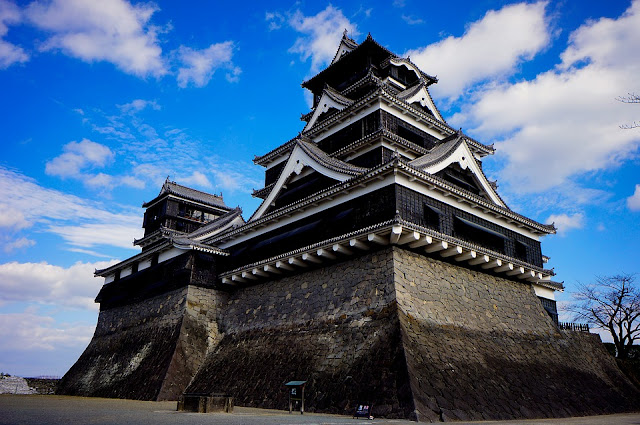 The Fukuoka Castle is one of the famous castles in Japan, which was built in 1607, by Kuroda Nagamasa. It is also famous for viewing the magnificent cherry trees at Maizuru Park. The castle itself surrounded the cherry trees which make castle more attractive. The Fukuoka Castle with glorious park covers around 47 yards, still the park and castle are particularly crowed during cherry blossom season when a big festival is held there.
The best time to visit the castle ruins is between late March and early April, when Maizuru Park turns into the city’s most pleasant spot for cherry blossom viewing. About 2.5 to 3 hours should be enough time to visit the castle. @Travel All Around The World 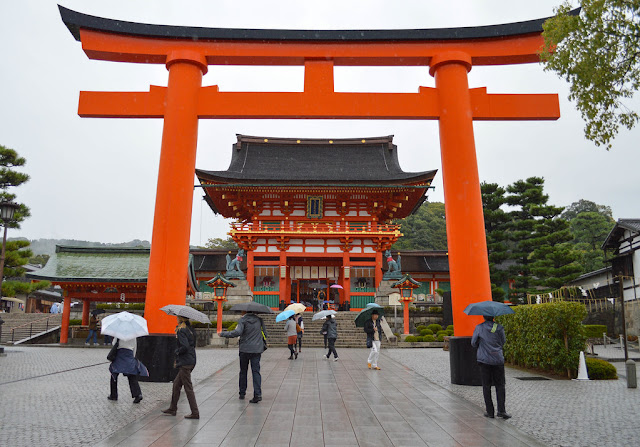 The Fushimi Inari is the head shrine of the kami Inari, which is located in Kyoto, Japan. Its entrance passages is very attractive and popular among the tourist. More than 10,000 orange tree makes the passage to the entrance in Fushimi Inari. It is beautiful and attracts millions of tourists to visit Fushimi Inari. It is also one of the famous spots to click photos. You can walk the trail up the mountain at anytime, but best to walk early in the morning before the crowds arrive.
The best time to arrive at the bottom of the shrine is around 7am early morning. The best season to visit in March when the weather is cold. It recommends around 2-3 hours to explore and enjoy the beautiful view. If you love to take selfie, then add 30 minutes extra in your pocket. @Travel All Around The World
9. Hiroshima Peace Memorial Park, Hiroshima 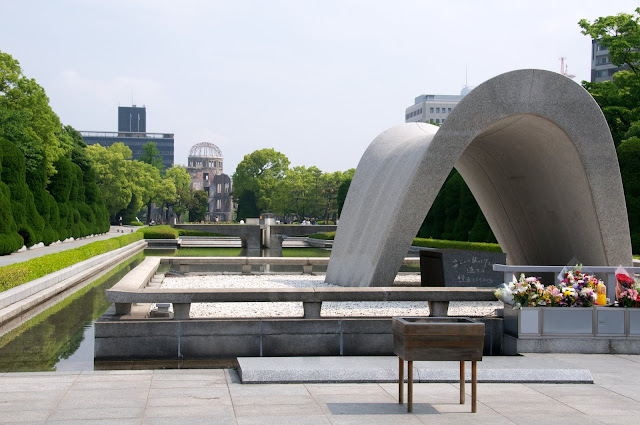 The Hiroshima Peace Memorial Park is a wonderful park located in Hiroshima, Japan. This park was built in memory of the victims of the nuclear attack on August 6, 1945 by the U.S. army. In the brown box Japanese government record the names of all the victims who died in the atomic bombing. This park is spread over 122,000 square meters at middle of Hiroshima. In this park you can also like to visit the Hiroshima Peace Memorial Museum and the A-bomb Dome. The Hiroshima Peace Memorial Park is visited by more than one million individuals every year, to honour the victims of a bomb attack.
The park is open for 24 hours, there is no particular timing as park is always open for visitors. The museum shouldn’t take more than 2 hours and then you can spend some time walking around the park. @Travel All Around The World 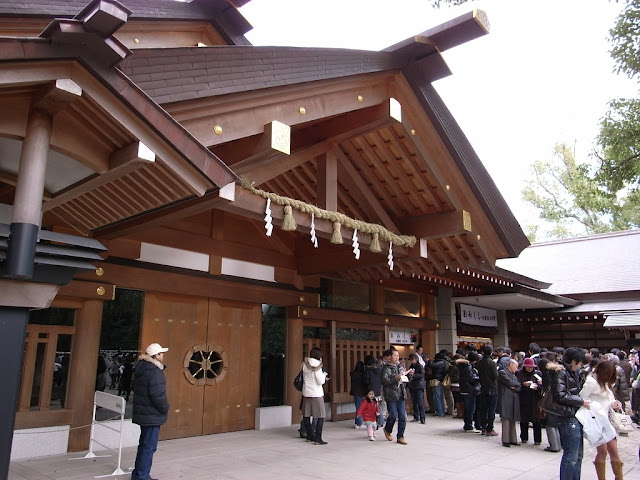 The Atsuta Shrine, is the Shinto shrine which was established during the reign of Emperor Keikō. This place is also famous for a 1,400-year-old giant camphor tree which is near to this Shrine. It is the most significant Shinto place of worship in Japan, and around 5 million guests visit every year. It cherishes the Sun Goddess Amaterasu and the traditional sward Kusanagi, which is one of the three supreme formal attire. Atsuta Shrine remains in a charming, lush park in southern Nagoya. The Atsuta Shrine was built to protect the sword Kusanagi no Tsurugi. The Amaterasu gave the sword to the emperor of Japan to rule the region. For the safety of sword, it is not displayed to public.
The shrine is always open to public prayer, but the treasure hall is only open from 9:00am to 4:30pm. Time required to visit the Atsuta Shrine is approx. 02:00 Hrs. @Travel All Around The World

Click here to know about Places to visit in China

PLACES TO VISIT IN INDIA- 2021 AFTER LOCKDOWN

PLACES TO VISIT SINGAPORE- 2021 AFTER LOCKDOWN