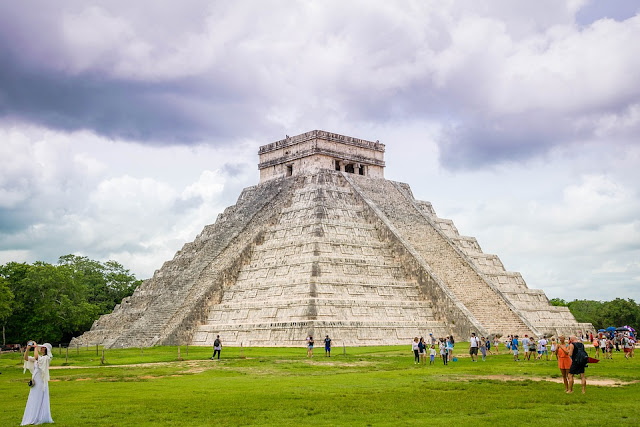 Chichén Itzá is a complex of Mayan ruins on Mexico’s Yucatán Peninsula. A massive step pyramid, known as El Castillo or Temple of Kukulcan, dominates the ancient city, which thrived from around 600 A.D. to the 1200s. The impressive Kukulkan Mayan Pyramid, an ancient Mayan temple became one of the Seven Wonders of the World. This ancient Mayan city has been the most famous of all Mayan archaeological zones in Yucatan, Mexico.
The best time to visit November through March is as it gets very hot in the summer months and rains past June. In general expect about a 2 to 3 hour is good time to explore. 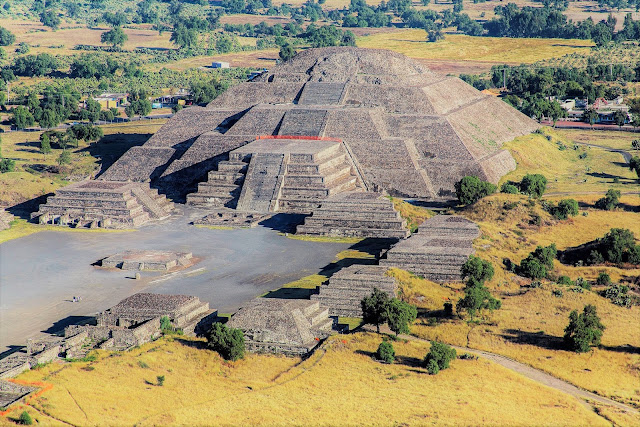 The Pyramid of the Sun is the largest building in Teotihuacan, and one of the largest in Mesoamerica. It is believed to have been constructed about 200 CE. The pyramid rises 216 feet above ground level, and it measures approximately 720 by 760 feet.  The original purpose of the Pyramid of the Sun is unknown, though archaeologists believe it originally had an altar on top of the Pyramid. The site also contains beautiful murals and carvings and several museums through which you can explore the city’s fascinating history.
The best time to visit in the morning right when it open. Opening timing about 9am to 5pm, you will have enough time to climb the Sun and Moon pyramids, visit the museum etc. It required almost 2.5 to 3.5 hours to explore. 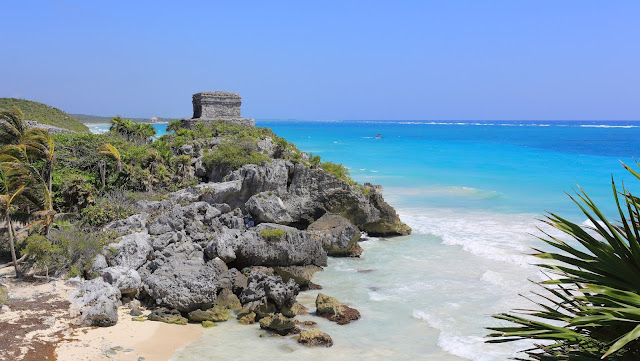 Tulum is a town on the Caribbean coastline of Mexico’s Yucatán Peninsula. It’s known for its beaches and well-preserved ruins of an ancient Mayan port city. The 13th-century, walled Mayan archaeological site at Tulum National Park overlooks the sea. It incorporates the clifftop Castillo, built as a watchtower, and the Templo de las Pinturas, with a partially restored mural. Inland, the Cobá archaeological site has pyramid-shaped temples with views over the surrounding jungle.
The best time to visit is consider to be October to December. January through March you can find more crowed.  About 2 hours at the park is enough to see everything. 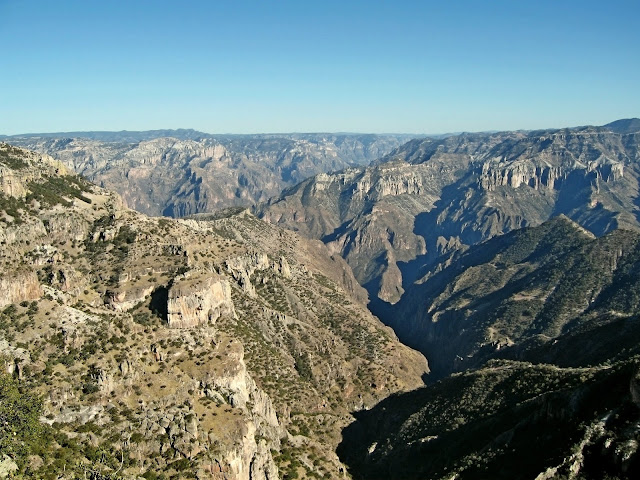 The Copper Canyon, in northern Mexico, is a series of massive canyons in the Sierra Madre Occidental mountains. Popular for hiking, it gets its name from the copper-green hue of the canyon walls. The famous Chepe train connects the region via over 80 tunnels and nearly 40 bridges. Divisadero, a photo stop on the line, offers views into Urique Canyon.
The best time are October and November to visit Copper Canyon. Well it will take around 3 days to explore the Copper Canyon. 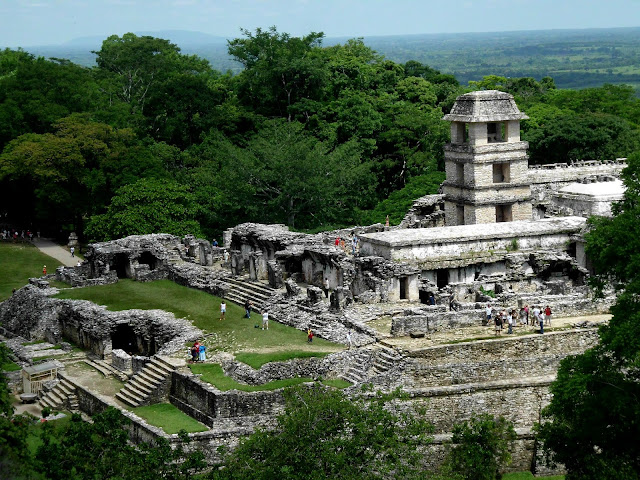 The Palenque, also anciently known as Lakamha, was located in the foothills of the Chiapas altiplano of modern Mexico, that flourished in the 7th century. Palenque is also famous for its decorative stucco sculpture and low-relief carvings which present some of the most naturalistic portraits in Maya art. Also of note are the many palaces with wide courtyards, ornamental fountains, and artificial pools dotted around the city.
The best time in June-September this time has been observed as the peak season to visit Palenque. Depending on your interest in antiquity and ruins, at least  3 hours to explore this site. 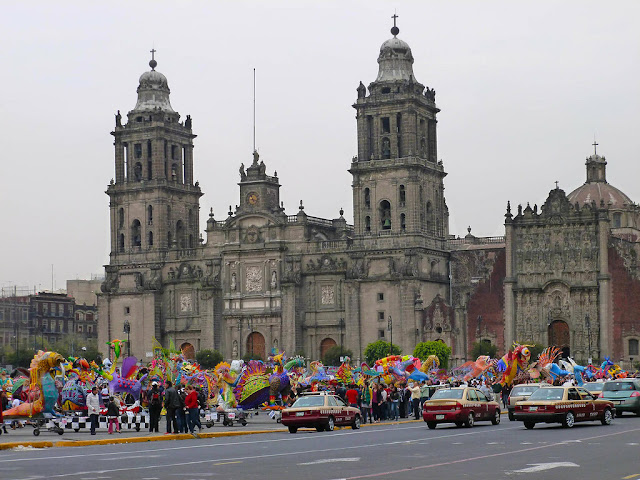 The Metropolitan Cathedral of the Assumption of the Most Blessed Virgin Mary into Heaven is the seat of the Catholic Archdiocese of Mexico. It is situated atop the former Aztec sacred precinct near the Templo Mayor on the northern side of the Plaza de la Constitución in Downtown Mexico City. The Metropolitan Cathedral of São Paulo, most commonly known as Sé Cathedral, is one of the city’s most popular sights, due to its neo-Gothic architectural style and its magnitud. The cathedral include five naves, 14 chapels, underground catacombs and a painting by famed Spanish artist Bartolome Esteban Murillo.
The Best time to visit Catedral Metropolitana early in the morning around 9:00 am – 12:00 pm. Opening timing are 8:00 to 8:00. In general it’s required 1 to 2 hours to visit The Metropolitan Cathedral. 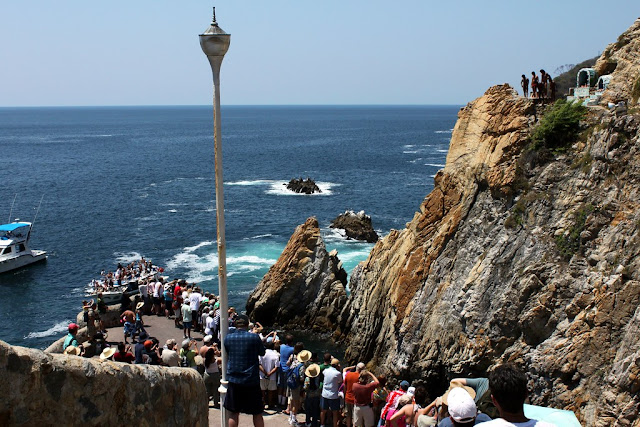 Acapulco cliff divers are a group of professional high divers, based in Acapulco, Mexico. They perform daily shows for the public, which involve diving 30 meters or 41 meters from the cliffs of La Quebrada into the sea below. It become one of the tourist attractions in the port of Acapulco is “La Quebrada”, where some brave divers risk their lives to follow the tradition, generation after generation.
The La Quebrada Cliff Divers perform daily at 1pm, 7:30pm, 8:30pm, 9:30pm, and 10:30pm. You can come at any time which mention above to see the diver risking their life to entertain us. 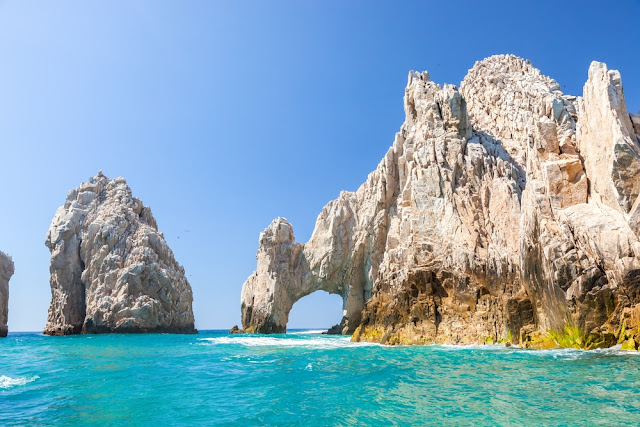 The arch of Cabo San Lucas, is a distinctive rock formation at the southern tip of Cabo San Lucas, which is itself the extreme southern end of Mexico’s Baja California Peninsula. The arch is locally known as “El Arco” which means “the arch” in Spanish, or “Land’s End.” It is here that the Pacific Ocean becomes the Gulf of California. This area is widely used in hotel advertising in the Los Cabos Corridor. This spot is a popular gathering area for sea lions and is frequented by tourists
The best time are August and September which known as rainy season also.Well my advice is that you can take a complete day is good time to visit the beautiful sites of this place. 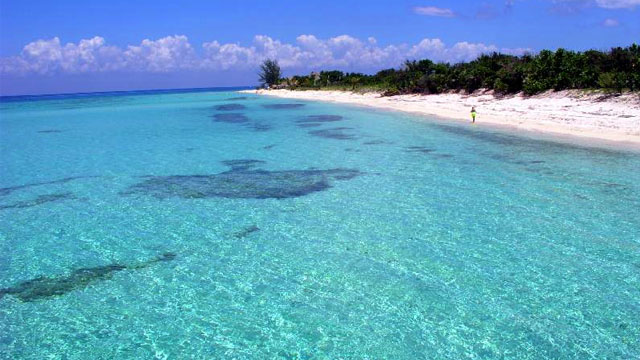 Cozumel, a is the Mexican island in the Caribbean Sea, is a popular cruise ship port of call famed for its scuba diving. At Arrecifes de Cozumel National Park, there’s diving spots around a section of the Mesoamerican Reef and the Museo Subacuático de Arte’s submerged sculptures. Chankanaab is an eco park surrounding a lagoon with underwater caverns, home to dolphins, manatees and sea turtles.
The best time to visit Cozumel is from March to June, when the island enjoys daytime highs. 2 days in Cozumel will be a good time to take a tour of it and do the activities. 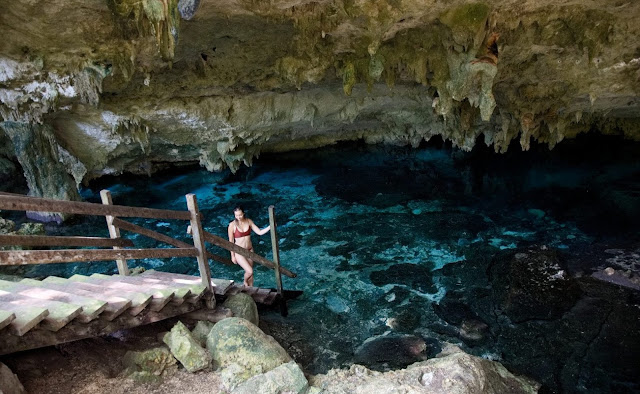 Dos Ojos is part of a flooded cave system located north of Tulum, on the Caribbean coast of the Yucatán Peninsula, in the state of Quintana Roo, Mexico. Cenote Dos Ojos is one of the largest and probably one of the most famous cenotes in Mexico. The cave system of the cenote is known to be at least 61 km and 118 m deep. It is known as a top diving site in the Yucatan Peninsula. The most famous cenotes not only to scuba dive but also to snorkel in the Mexican Riviera Maya. Its beautiful jungle backdrop and crystal clear blue water can make you day.
The best time to visit, If you want to avoid the crowds, definitely come in the early morning. Cenote Dos Ojos is open 8 am to 5 pm. Its up to you how much time you want to spend. It generally take 1-2 hours to relax and enjoy.

PLACES TO VISIT GREENLAND- 2021 AFTER LOCKDOWN